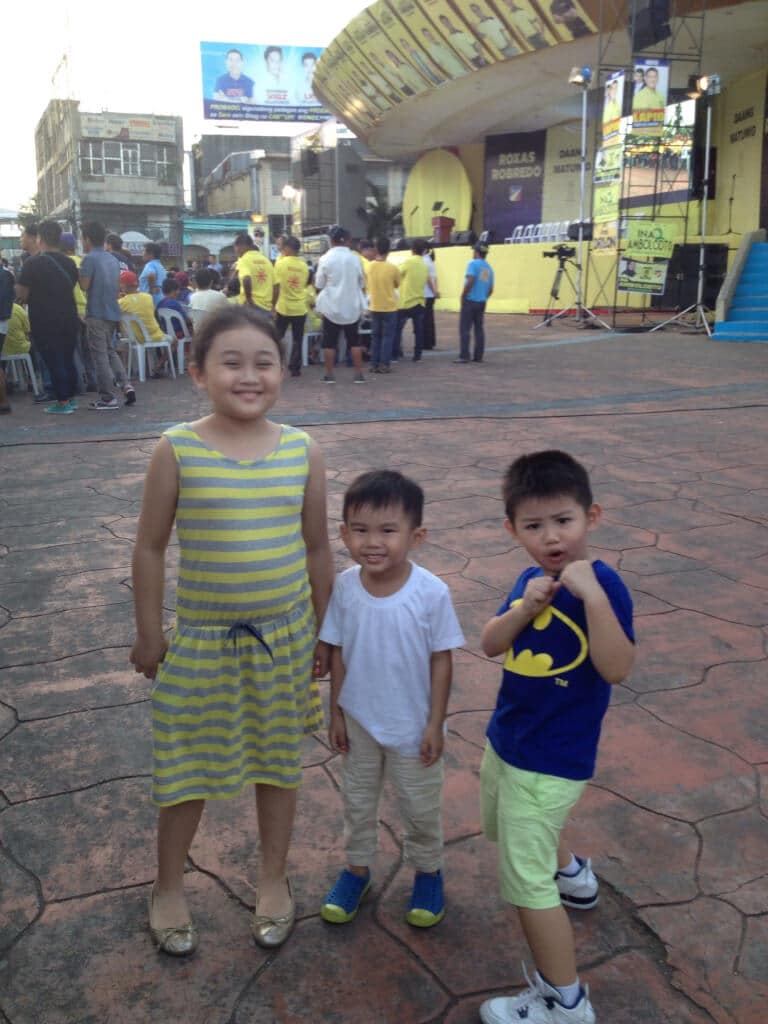 This week marked the beginning of the campaign season in the Philippines. In a few months, we’ll be electing a new president, vice president, and other national and local government officials.

This evening, I took Tom and the two boys to their first political rally.

Here are a few things that might help you, if you plan on taking your family to a political sortie too:

Honestly, I am not sure how much of these kinds of events are actually absorbed and understood by our kids. But exposing them, and giving them all sorts of new experiences have got to have some good impact on them, right?