The holiday craziness has settled a bit, and we’re all getting used to what will be our regular routine without my parents, and I’ve been blessed with sporadic moments of quiet. I’ve been wanting to let these thoughts out since Christmas Eve. 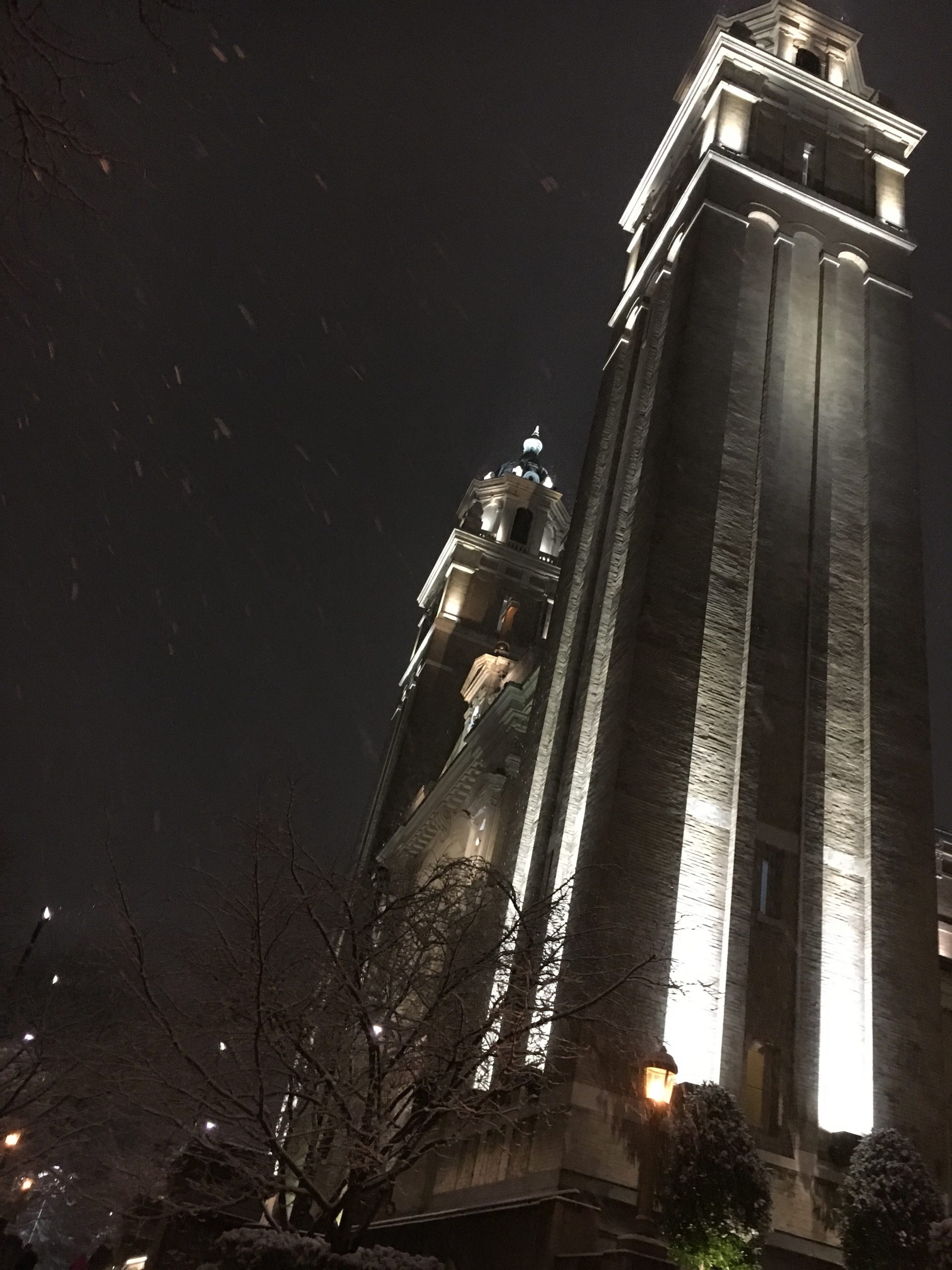 We attended Christmas mass at St. James Cathedral. It was a beautiful place of worship, filled with beautiful people – families from the school nearby and parish, attending the scheduled children and youth service. We arrived 45 minutes early, but it was already packed.

Amidst the beautiful people there were a few that seemed to add contrast to the landscape. We were downtown, and it wasn’t uncommon to see men and women huddled to keep warm, some with cardboard signs asking for money, in tattered layers, and in need of a bath, a loving family, and a roof over their heads (to name a few).

So, at the back of the cathedral, a few men and women came off the street to pay homage to the baby born in the manger – or maybe just wanted to get out of the cold.

And it was painful to watch them. (when we pray “Disturb us, oh Lord…”, He sends an answer).

There was a policeman at church. Albeit gently, he was ushering one of the men who seemed not to belong (our assumption is, it wasn’t that he was homeless, but because he was drunk and rowdy – the smell of alcohol was strong). But it wasn’t an easy image to swallow.

Somehow, the sight of the policeman did not make me feel safer either. I started scanning the pews for those he was probably searching for as well, shame eating me up, as I judged one or two people who did not blend with the families in their holiday garb.

A man, fully bearded, in brown pants, a brown jacket, perhaps from Latin America, maybe from the Middle East (did it even matter?) – was standing solemnly in the corner. I eyed his canvas nap sack with caution. His face was clean, but his neck needed a scrubbing. Maybe he cleaned best he could for Christmas. Unlike the man who was ushered out, or the lady who talked to herself loudly (and then left the church on her own), or the other characters that seemed not to fit in, this man struck me differently.

We made eye contact, and I offered him the extra seat on my right. He politely declined, but after others declined the offer, he took his belongings and moved to the seat, and sat his tired body. He did not stand throughout most of the mass, head bent, and eyes closed. He kept rubbing his wrist, covered in bandages, head kept low the whole time.

Finally, it was time to greet each other, offering peace, smiles to those around us, and kisses to family. I searched the area for my scattered family – Tom and Iñ on my left, K with me, J with my brother on the other side of the pillars, the Donnellys and my parents far upfront.

J turned towards us, saw my bearded seatmate, smiled widely, and extended his little hand. He firmly shook hands with this man, and clearly said “Peace be with you. Merry Christmas.”, and he continued shaking hands with people before finally reaching us.

My mind wandered back to the man who was taken out of the cathedral. Was there no room for him? I mentally beat myself for thinking of germs, and the safety of my kids in the presence of those who needed Christmas more.

It was for him that Christ came. For him, for me.

Did I need to be taken to a Cathedral downtown to be reminded of those in the peripheries? My middle-class neighbourhood, and middle-class parish, allowed me to focus on my growing family, somehow forgetting the larger picture, the forgotten, the Other.

J’s buddy (a student from grade 7 that he partners with at Friday mass, and other activities) made him a Christmas Story on the true meaning of the holiday. In the story, J (the protagonist) had asked for Lego Starwars. But throughout the story encounters a homeless man. It ends with J receiving gifts but feeling empty, until he sees the homeless man, and gives him what he has, and invites him to Christmas dinner. Only then does J realize the true meaning of Christmas is in giving, and not receiving.

I wonder where the buddy got his story plot, if they talk, if some of it came from J’s heart as well. Because it sounded like our nightly prayer for the man in Naga, with big hair, no home, and no bubbletea. 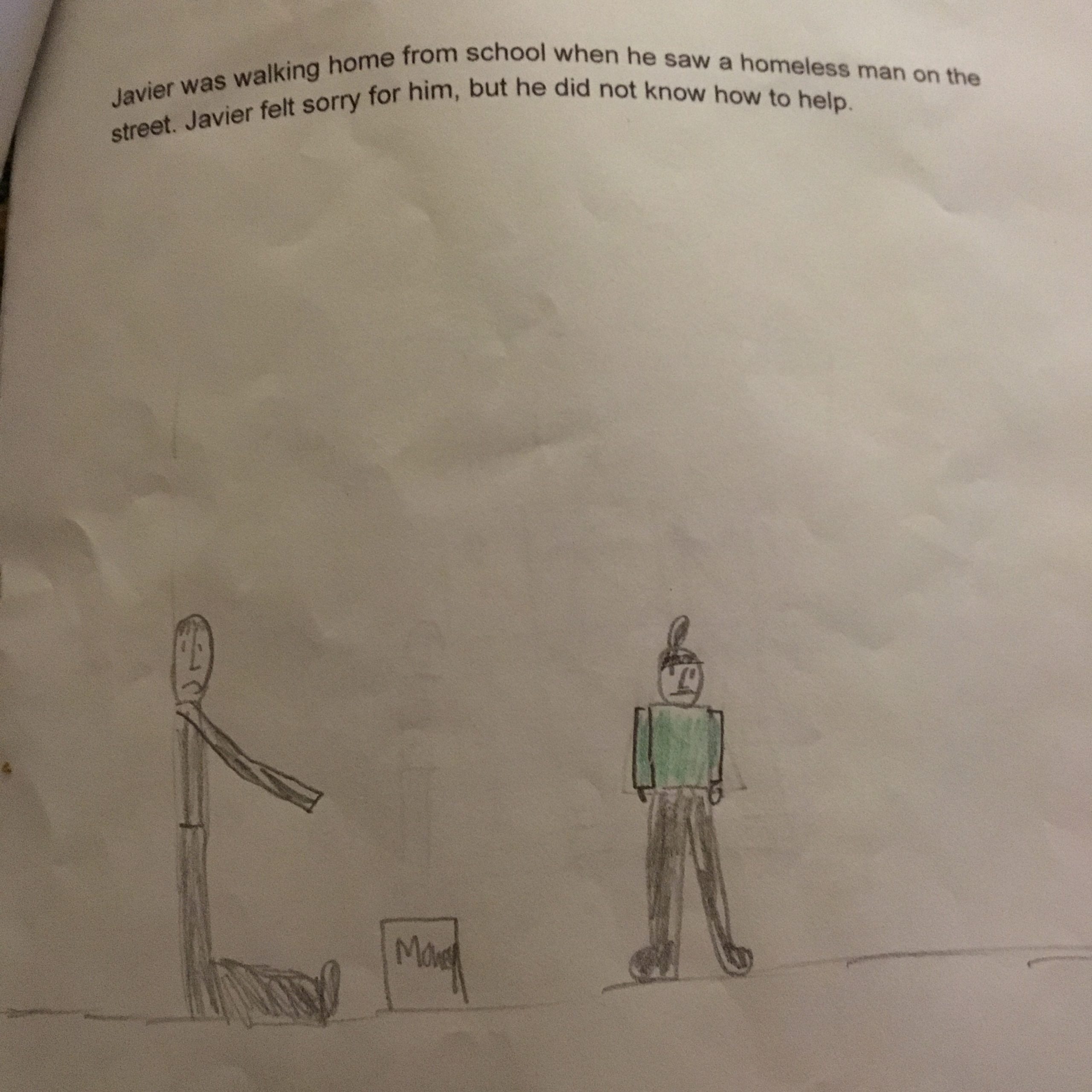 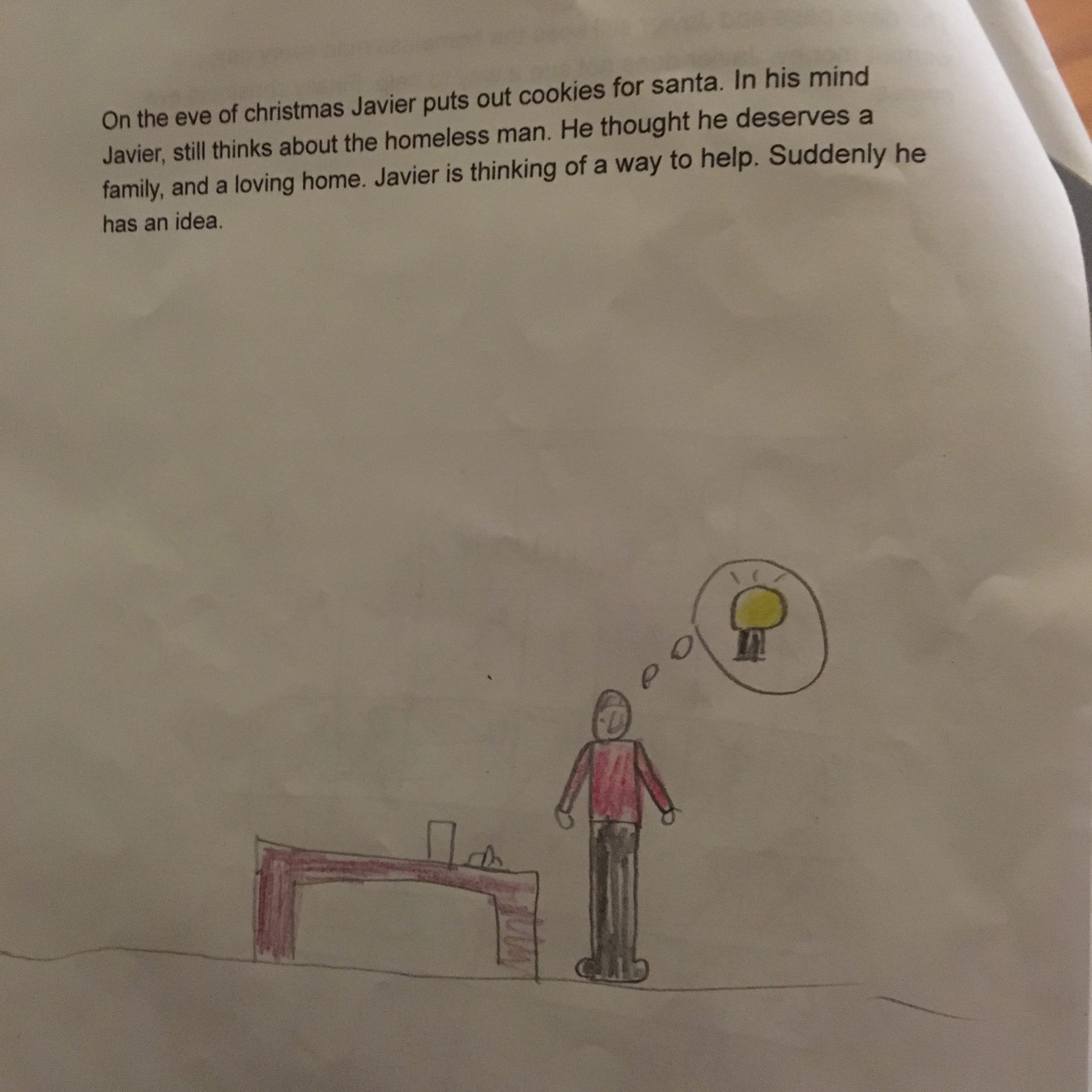 << -- It's so easy to forget the face of the Other here. Especially in our parish and neighbourhood. But J reminds me that sometimes, there is no Other. We're all the same, deserving of Christmas, and peace. My J fills my heart with hope. And I say a prayer for my bearded seatmate, that he be well, warm, sheltered and fed. Because all my boy was able to offer was his hand, his smile, and the prayer of peace.