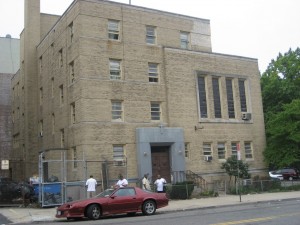 I wanted to show Ren the old neighborhood of the World Youth Alliance while we were in New York. WYA was not always conveniently located at 228 East 71st Street. We were not always UpTown kids…we were, in fact, up up up town kids. Sometimes, I still can’t believe we’ve moved to where we are now – from being Inwood kids from the west side (between Harlem and the Bronx) we have become Upper East side residents, living in a beautiful brownstone. It really is a rags-to-riches (well, not riches, but at least we’ve gone beyond rags) story as to how we ended up down there from Isham Street on the tip of the island.

So on 10 September, Ren and I hop onto the A (after transferring from the 6 and the S) and we prepare ourselves for the 45 minute ride up to the end of the line. To get to the old office one could just take the A Train all the way up (you can also take the 1 – but we would use that to get home which was even farther up). With each stop, you can somehow feel the change in the subculture of the area – the diversity that explodes in the City can really be felt on that train. The long ride up could never be boring if you watched who got on and off the train…I’ve always wondered if anybody watched us when we would ride. WYA interns and staff can’t really be categorized into a known subculture. We are what we are – a mix of kids from around the world. 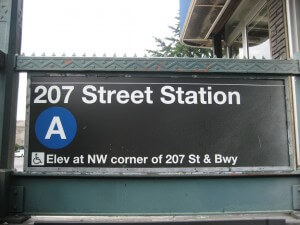 The line stops at 207th street (218th street is the last street of Manhattan – that was where the house was located), just a few minutes away from the Good Shepherd Convent, the home of the Alliance for a good four or five years. The office was located at the basement, no real heating or air-conditioning, no real wiring, and no real working equipment. It was an interesting place to work. It was a good place for Anna and the older generation to build the organization. It was an excellent place for all of us to build friendships, and well, character.

We met with Melinda O’Brien, the first Director of Operations for World Youth Alliance International, up in Inwood for our tour. Melinda and Mark De Young, the first Regional Director for North America, are the official tour guides of the past. They take the new interns and staff around the old area to show our humble beginnings as an organization and to share the stories of our growing pains (which really haven’t stopped yet), crazy parties and dumb adventures (actually, all of which continue to this day).

I felt quite nostalgic – sentimental almost – walking around the park and the old streets near the house and the office. Those were good times – not exactly the most comfortable – but they were good. From the office, we started walking along Seaman Ave. between the park and the residential area. The benches, homes and squirrels were all still there. As we approached the Columbia Football stadium, we made a right, and we found ourselves walking along Park Terrace West – the street of the Pogue. 93 Park Terrace West, door on the right, up the steps and up some more to the third floor living quarters of the staff and interns of WYA (from 2003 to early 2006).

The Pogue was an actual house. In fact, it was a beautiful house – not exactly maintained, but beautiful nonetheless. It had three bathrooms, 7 bedrooms (most of which were make-shift), one kitchen (or well, it’s supposed to be a kitchen – but really, does not function like one), one dining area and a common room. It was 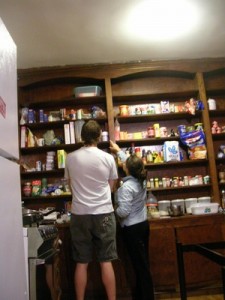 shared by an average of 14 people at a time – some WYA staff, WYA interns and well, other random people who were looking for cheap accommodations in the City. This was the setting of all the old stories… the creaking stairs, the broken furniture, the non-existent oven. This was where they hosted an ISF (I can’t even imagine that one). This is where I first learned how to unclog a toilet. This is where Phil had to keep garlic in his pockets while he was cooking – because his shelf was too far up. This is where Meghan Murrell stuck her tongue in the freezer – to see if it would really get stuck. The partying didn’t start when we got a new house – we had our own little parties, sounds coming from a laptop, and dimmed lights thanks to the opened microwave door – dancing the limbo with a broom, with pots and pans on top of our heads. This is where young men and women, spent months at a time, training, discussing, working for something they all truly believed in. This is where we realized, with or without money, we will dedicate our lives to this cause.

Having our fill of the old neighborhood, we said our goodbyes and headed down to catch the A Train – another vital part of our history as an organization. In fact, if we weren’t discussing, drinking, eating or dancing at the Pogue or at the office, we were on the train reading, sleeping, talking and staring at the rest of the passengers. Down the steps and through the turnstile, I was mentally preparing myself for the long trip down (imagine – we had to go through this every time we had to go to the United Nations – or well, anywhere really in the City). To our surprise, the trip to the past was far from over – there was a green, pre-war train waiting for us to board. It was the 75th birthday of the A Train, and every 25 years, the MTA brings original trains out for people to see and ride. NEW YORK CITY was printed in gold lettering outside the old A (once known as the 8th Ave Train). Inside, vintage ads were lined up near the ceiling, all in the color, font and cartoon-like drawings that I associate with Andy Warhol. There was a 1975 fire extinguisher strategically placed inside a glass case in case of emergency. Instead of the airconditioning we now enjoy, electric fans and ceiling fans kept us cool as we moved along the line. It was surreal to be inside the old train – an A train at that. I always felt like it was our train – our link to the rest of the city, to the UN, to the JFK airport. It was stinky, dirty and not always on-time – but it was our line. It had character – just like the convent and the Pogue. We learned how to be patient, street smart, cautious and alert. We learned how to manage our time. We learned how to squeeze two to three people in a turnstile at a time. This is where we had many hellos and many goodbyes – as people left for their home countries. 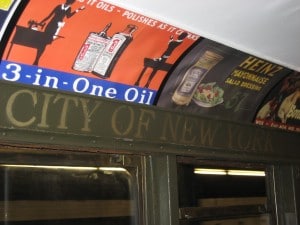 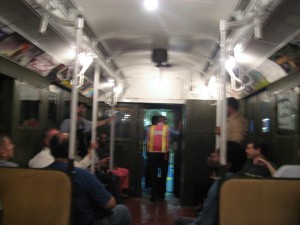 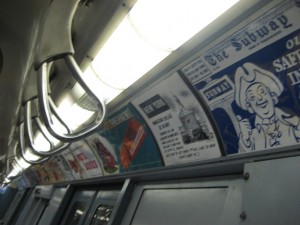 We normally think of a nation’s history when we hear the term Collective Memory. These are memories that are shared within the group, normally represented by monuments or structures. These are the stories that are passed down from generation to generation, building the identity of the nation, and strengthening our pride as citizens because of whatever victory or value the monument represents. The Pogue, the commune, the old office – all roach infested, non-functional structures, too far from the rest of the world to even notice – is really our treasure chest of memories. This is where we had started, and where we had started to grow. These places represent our collective memory – and it’s obvious in the way we talk about it, and in the way we make sure interns and staff see these places. Inwood has become our very own tourist destination.